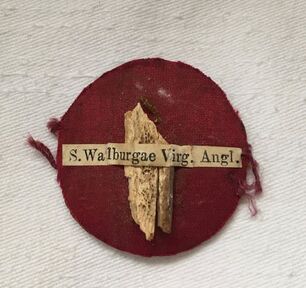 St Walburga (710-779) was an Anglo-Saxon princess educated in Wimborne where she lived also as a nun before following her uncle St Boniface to evangelise Germany. She became abbess of the double monastery of Heidenheim and a scholar and writer. Her courageous faith, deep prayer-life, clear vision and kindness encouraged many.


Our seminarian Andrew visited some monks at Glastonbury last year. They told him they'd just been given a relic of St Walburga. When he mentioned that his home parish in Poole was dedicated to her, the monks kindly gave him the relic to give to the parish. 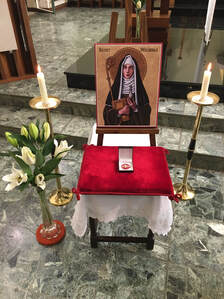 The relic arrived just a few days before the parish had its patronal mass on the feast-day of St Walburga :
25th February.

It was put before the altar so parishioners could pray there after Mass. 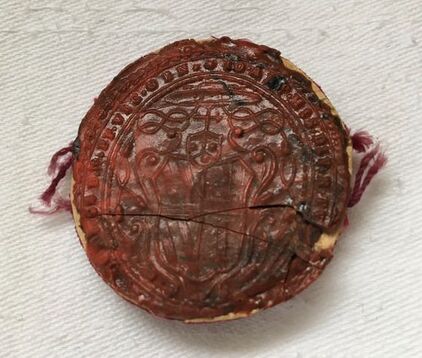 When the relic was unwrapped from its protective layers and examined, a wax seal was discovered on its reverse. 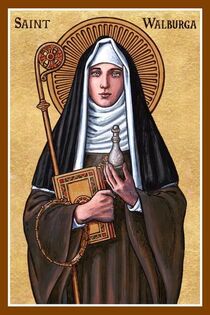 So we know that even if we cannot carbon date the relic as 1240 years old, it is at least 260 years old!

But we have good reason to believe it is authentic - and that the parish has an amazing physical link
with a remarkable and heroic woman from the first millennium
- known as the first female author of Europe -
who can bring us be closer to Jesus and help us with her prayers.


St Walburga pray for us.